DINING CASHBACK MEMBERS: Please authorise before visiting this restaurant. Click here for more details. Your reimbursement will be denied without prior authorisation.

Longhorn Grill has been all about sizzling grills & legendary steaks since 2009.

Longhorn Grill was opened in Bloemfontein in 2

Longhorn Grill has been all about sizzling grills & legendary steaks since 2009.

Longhorn Grill was opened in Bloemfontein in 2009 by professional restaurateur Tony Moutsouyiannis. Tony has opened, managed and owned a host of restaurants during his career;

With a cosy, warm and relaxed African atmosphere the restaurant was designed and decorated by interior decorator Sophia – Tony’s late wife who sadly passed away shortly after the restaurant opened its doors in October 2009.

Sophia is sadly missed by her husband and partner of 32 years, her children, friends and customers.

But her legacy lives on!

We have classified our ratings into 4 key areas which can assist you in a better dining experience. Have you visited this establishment? If so, please share your experience with us and fellow diners.

River Restaurant
No deals have been linked at this stage, please check back soon! 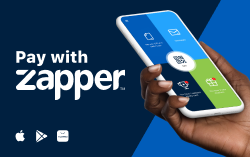 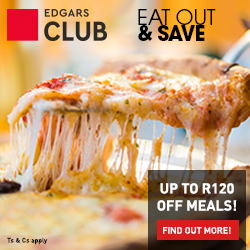 Thank You! Check your inbox for your login credentials which have been sent to you via email. In some cases your Email Providers may have flagged it as spam, so ensure you check your spam folder.

After receiving your request, we will authorise your membership and contact the restaurant to enquire if they can accommodate your booking. We will SMS you a booking confirmation, or contact you telephonically with any queries if required.

Ooops! It appears the email address you entered is not registered with our website. Remember to register and create an account or call our Concierge Desk for assistance. Details can be found on the bottom of our website.

Thank you for taking the time to rate and review this restaurant. Your review will be published within 48 working hours pending moderation.

Ooops!  You have already submitted a review for this establishment today, unfortunately we only allow users to submit 1 review per day.


Are you a 241 Dining Rewards member?


Not a member?
Your preferred booking method?


Before proceeding, please check that your restaurant choice is available on the day/time of your intended visit, and that you have read any restrictions and/or exclusions that may apply to the benefit. If your membership number does not appear below, please contact us telephonically to link it – you will only need to do this once. Online bookings must be done at least 1 hour prior to intended dining time. Should you wish to dine with a shorter period of time, please call us to book.